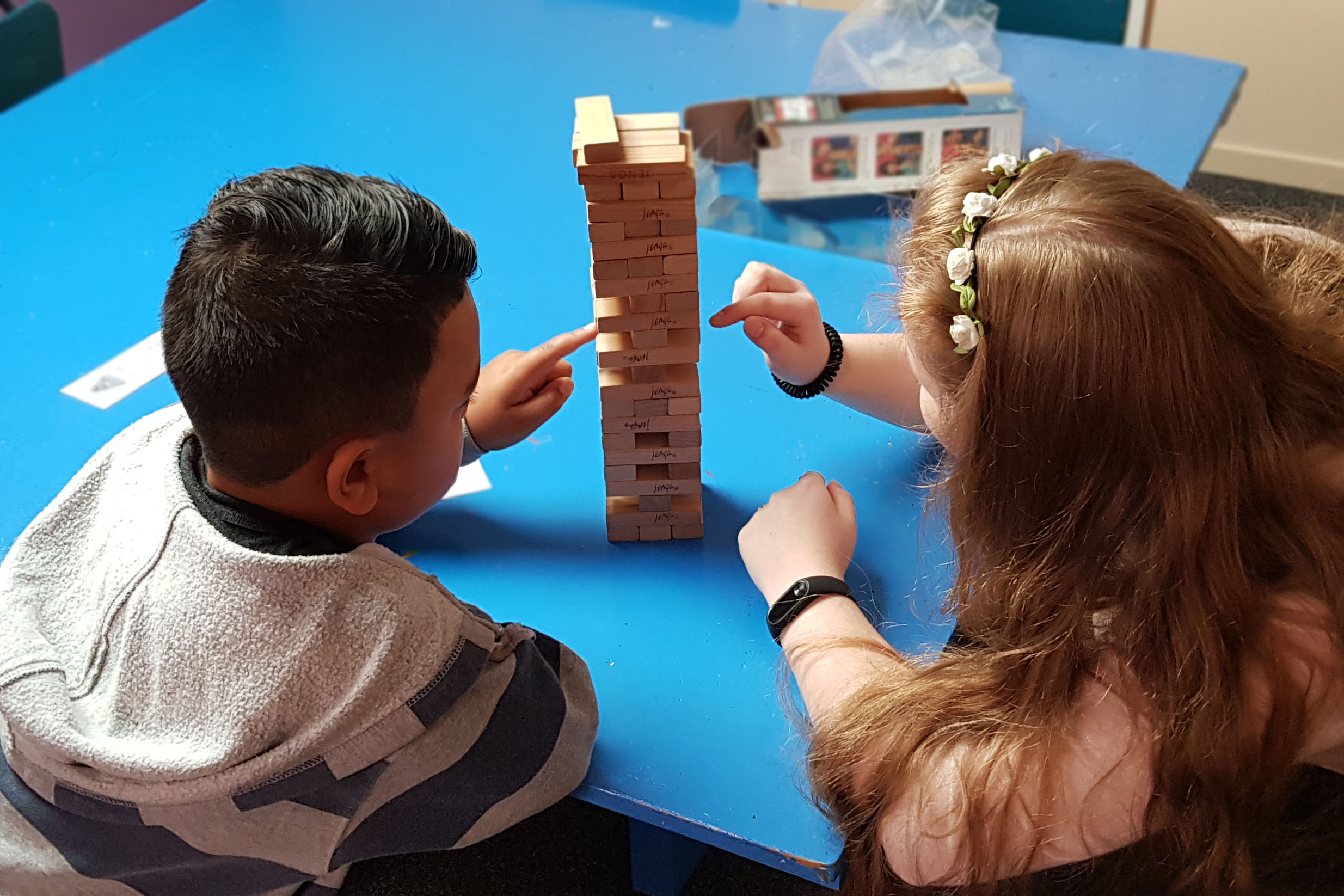 Sometimes I prepare what I think is a great class and yet my students struggle to think past the surface level of the Bible story.  But sometimes, often when I least expect it, the kids run ahead of the teacher and want to go deeper.

Instead of just appreciating the facts or even the drama of the story they may ask questions about the characters or wonder why the characters did what they did.  They might want to discuss motivations and causes.  They may even ponder over what God was up to or discuss how he interacted with the characters.

Sometimes the Biblical truths become personal.  They dig deep into a child’s heart and convict them to act upon these truths.

And them sometimes, like this past Sunday, a child takes one more step and actually makes a plan.  It is at times like these that a teacher knows she has truly passed on the message.

Earlier in the week a young woman and I had prepared a lesson together on the Tower of Babel using the Lesson Template.  This time I stood back and she did the teaching.

One boy had taken in the facts and had been convicted that he should be humble.  But now, he was ready to put it into ACTION.   At his own instigation he devised a way to go deeper!

“Every time I start being too proud I think I’m going to just hum.”  In answer to the perplexed expressions on our faces he went on to explain, “I’m going to hum because that will help me stop being proud and remember to be HUM-ble.”

Yes, that little boy really understood the message.  He has a plan of action and now, so do I.  Next time I start thinking that teachers have all the answers…I’m going to start humming. 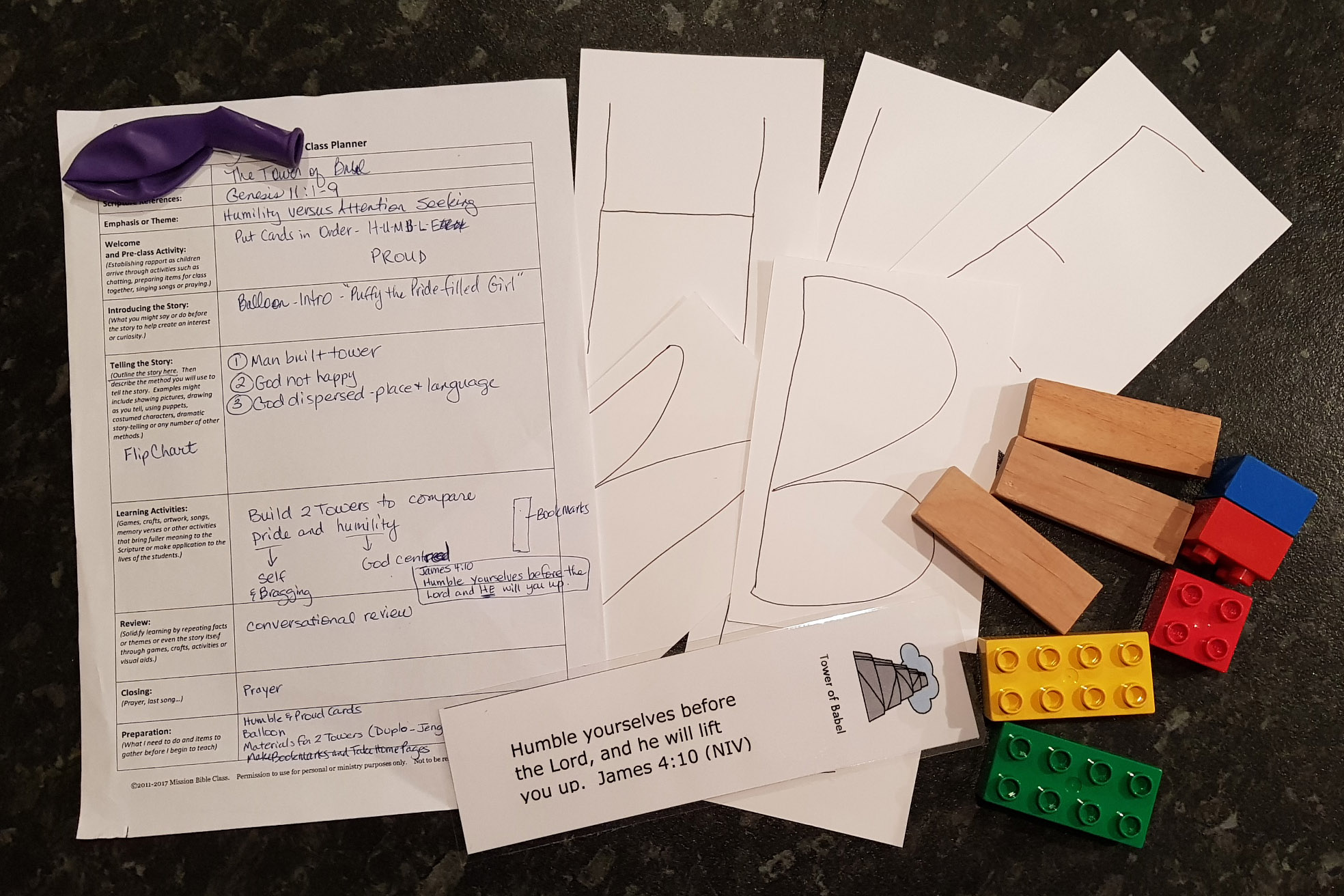