Here I am today in Berea, Greece which is now known as Veria. We viewed a mosaic which was made to commemorate the Apostle Paul’s visit as recorded in the Bible.

Below one mosaic were some ancient steps that were part of the raised area where people used to gather to hear important people talk. Perhaps he spoke there but we do know he spoke in the synagogue.

I thought about the Jews in Berea heard the message of Christ from Paul and were willing to examine what he said. No wonder they are referred to in Acts 17:10-15 as the Noble Bereans!

As I was looking at the mosaics and a statue an artist formed of Paul, I could hear children playing in the coutyard next door. I wonder if children were nearby when Paul was speaking. 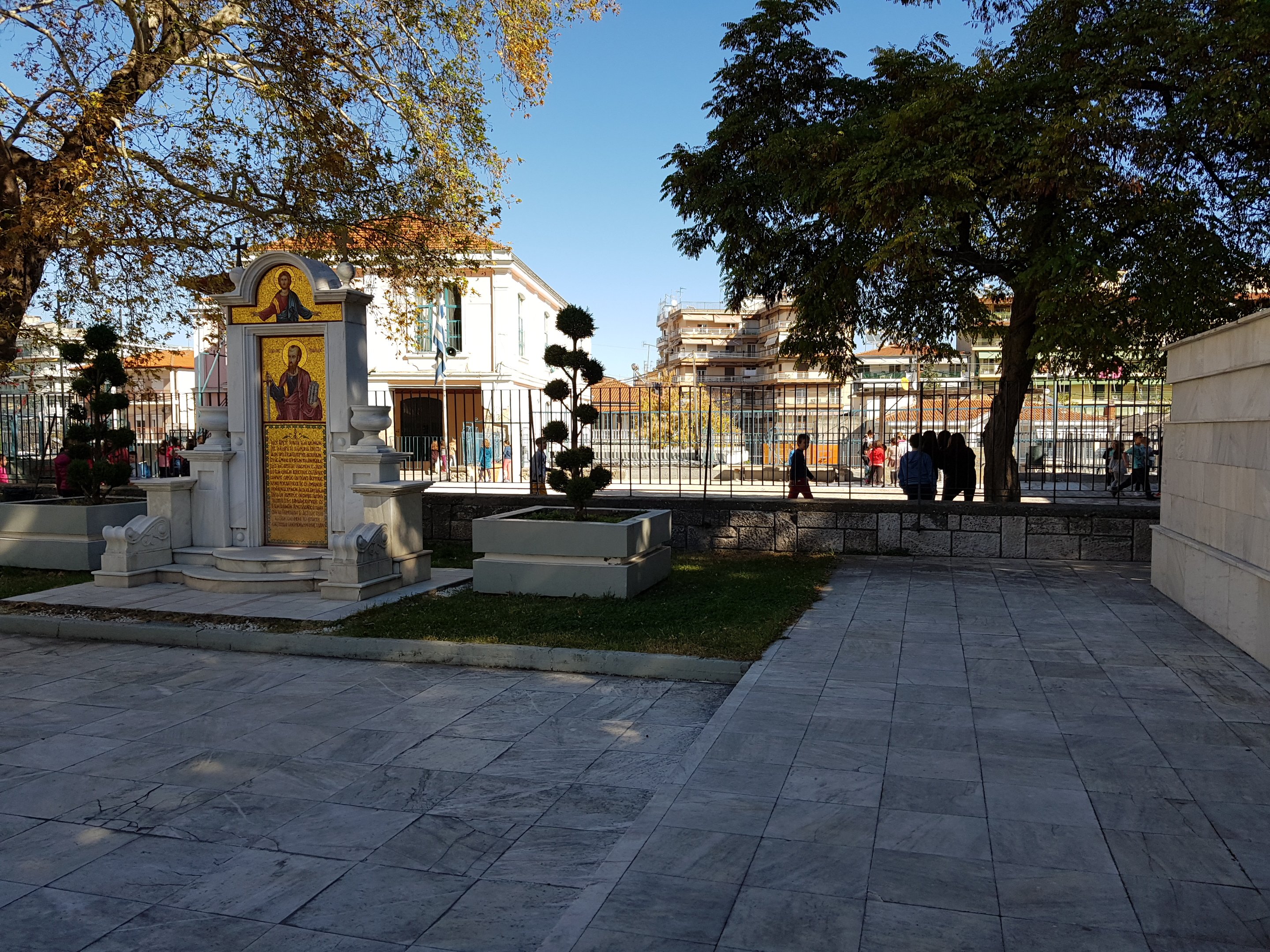