Parable of a Lost Sheep 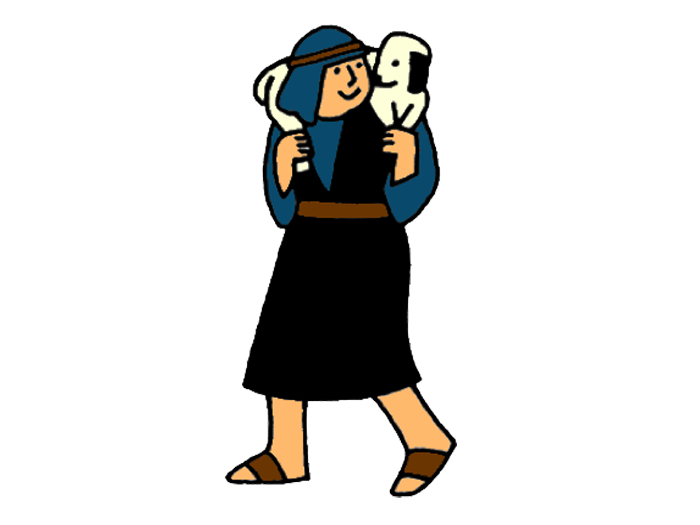 Suggested Emphasis: God has made everyone on the earth and each person is important to Him.

Jesus told a parable about a shepherd who had one hundred sheep. When one of the sheep got lost, the shepherd searched and searched until he found it.

Jesus seems to have told this parable more than once. In Matthew’s account Jesus has a little child stand in front of the audience as he tells the story. He is answering one of the disciples’ questions concerning “who is the greatest in the kingdom of heaven” (Matthew 18:1-4). The parable of the lost sheep is used to help the audience understand that God is not just concerned with the “greatest” in the kingdom. He does not want even one little child to be lost (Matthew 18:14).

In Luke’s account Jesus told the parable to help the Pharisees understand that God loves each and every sinner. The Pharisees did not understand why Jesus was spending so much time with the sinners. They thought they were more important than the “sinners” and that he should spend time with them. In the parable Jesus showed that he did not spend all of his time with faithful Jews (the 99 sheep) because he wanted to go out searching for those lost in sin (the one sheep).

In both cases, the people Jesus was speaking to would have been very familiar with sheep. Shepherds were common in the first century. A shepherd led his flock in and among the hills of Palestine searching for the best grass and water. Bears, leopards, jackals and even hyenas were known to roam the hills of Palestine. The shepherd often risked his life to protect the sheep from these dangers.

Sometimes a sheep would fall down a crevice and the shepherd had to climb down and pull it to safety. It would have been common for a shepherd to carry a sheep on his shoulders (Luke 15: 5).

A shepherd spent a great deal of time with his sheep and most likely knew each one by name. Every sheep was important and his goal is to keep every one of them safe.

This is the kind of care that God has for mankind. He knows each of us by name. He does not want even one of us to go astray. Mankind had gone astray and God sent his son, Jesus, to find us.

Satan is the predator of mankind (1 Peter 5:8) and he prowls around like a roaring lion trying to find someone to devour in the spiritual sense.

Other Scriptures about sheep and shepherds to help in your study:

(Hide a house or car key before students arrive) When the children are ready to begin the story, tell them that you are going to pretend that you lost your house (or car) key. Show the children all of your other keys and explain what they are used for. Then explain that even though you have all of the other keys – – – the house key is very important to you. You really need to get into your house when you go home today and only that key works. Let the children help you hunt for the key. After they have found the key settle them all down for the lesson. “In today’s lesson we are going to learn about a shepherd who had a lot of sheep. One of those sheep got lost . . .”
top

So they asked Jesus, “Who is the greatest in the kingdom?”

To help everyone understand this Jesus decided to tell them a story.  A story that helps people understand something better is called a parable.  Jesus told a parable about a shepherd and a lost sheep.

This is the the parable: Once a shepherd had a flock of 100 sheep. Shepherds love their sheep. Sometimes they even have names for the sheep. A shepherd leads his sheep to nutritiou green grass to eat. He looks for nice clean water so his sheep could have a drink when they were thirsty.

The shepherd loved every one of his sheep. He even had names for his sheep. Every night he would count his sheep to make sure that all 100 were there.

Jesus continued telling about the shepherd in the parable. One day the shepherd counted his sheep and found that there were only 99 sheep instead of 100. The shepherd was so worried.  One of the sheep must be lost.

Even though 99 of the sheep were safe the shepherd was so concerned about the 1 sheep that was lost. Immediately, he left the other sheep in a safe place and set off looking for the lost sheep.

The shepherd searched everywhere. What if the sheep was hurt? What if some wild animals had attacked it?

Finally, he found the lost sheep! The shepherd was so relieved and happy.

The shepherd lifted the sheep up onto his shoulders and carried him all the way back to join the rest of the flock.

The parable that Jesus told helped the people understand. Every sheep is important to the shepherd. Even if only one is lost he will search everywhere to find it.

Do you believe that people are important to God?  If we know that someone is missing from our group what do you think we should do?

This story can be told using a variety of methods.  Always remain true to the facts found in the Bible but help children connect to its meaning by using drama, visual aids, voice inflection, student interaction and/or emotion.  Click here for visual aids and story-telling methods.

A slideshow and set of illustrations from the Lumo Project can be downloaded directly from  Free Bible Images.  Be selective.  Each teacher is unique so only use the illustrations that best relate to the way YOU are telling the story in THIS lesson. Too many illustrations can be confusing so eliminate any that cover other stories or details you do not wish to emphasise in this lesson.
top 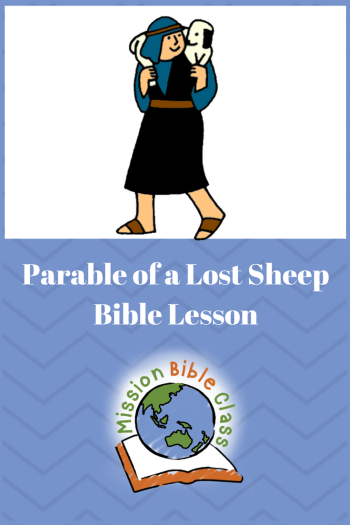