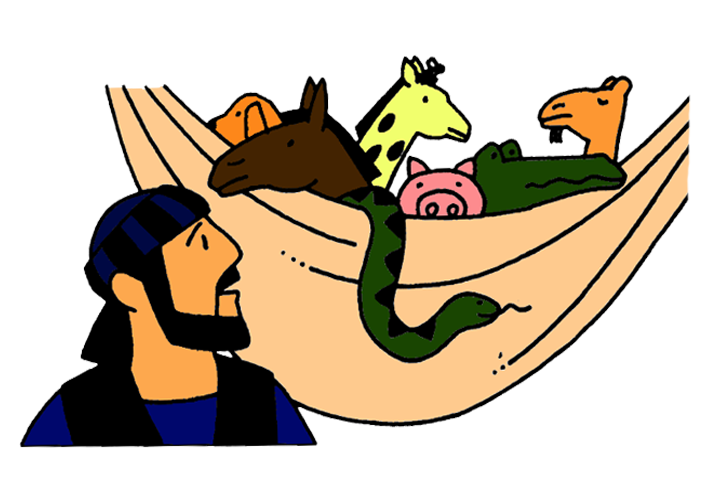 Suggested Emphasis: God wants everyone to hear about Him and become Christians.

Memory Verse: God wants all men to be saved and to come to a knowledge of the truth. 1 Timothy 2:4

Up until the conversion of Cornelius, the gospel message had been preached almost exclusively to Jewish people.  Any Gentile (anyone not born into a Jewish family) who wanted to follow Jesus would have first converted to Judaism.  But the good news of Jesus was for everyone and not just the Jews.  God used a vision of animals on a sheet and a miraculous pouring out of the Holy Spirit to reveal this important truth to the Apostle Peter and those he was teaching.  Following this, Peter baptised Cornelius, a Roman centurion making Cornelius the first Gentile to become a Christian.

As a Roman centurion in the city of Caesarea Cornelius would have had command over at least 100 soldiers and received five times the pay that a regular soldier did.  He was a good man and verse 2 refers to Cornelius as a “God fearer”.  This description refers to Gentiles who had not formally become a Jew through circumcision but who believed in God, respected the moral life of Jews and followed many Jewish teachings.

One Jewish ritual that Cornelius  followed was that of daily prayer at about 3 in the afternoon.  It was during one such prayer that Cornelius “distinctly saw an angel of God”.

Cornelius had surrounded himself with believers.  “He and all his family were devout and God-fearing” (Acts 10:2, NIV).  The “devout soldier” he dispatched to Joppa to find Peter was one of his attendants (Acts 10:7, NIV).  Later, we find him gathering “his relatives and close friends” to hear Peter speak God’s word (Acts 10:24 and 27, NIV).  But, even though Cornelius and the people around him were good people who believed in God, prayed and did good deeds such as helping the poor  they had not heard the good news about Jesus Christ.  Cornelius had not been saved by the blood of Christ and become part of God’s people.

Peter’s home was in Jerusalem but he had continued on in the city of Joppa following the Raising of Dorcas from the Dead.  Unlike Cornelius who “distinctly saw an angel” Peter fell into a trance before seeing the vision placed before him.  He saw creatures that the Law quite specifically forbade Jews to eat (Leviticus 11) and must have been aghast when a voice in the vision said to kill the creatures and eat them.  When Peter refused, the voice proceeded to tell him not to call anything impure that the Lord has made pure.

By hosting Cornelius’ messengers and then subsequently entering Cornelius’ home it is apparent Peter was willing to apply what he learned in the vision.

After Peter shared the good news of King Jesus with the group, Cornelius had assembled in his home and the “Holy Spirit came on all who heard the message”.  If Peter had any doubts of God’s intention to accept Gentiles before this then these doubts would have been wiped away when the Spirit’s power caused them to speak in tongues and praise God.  This is exactly how it had happened when Peter had first preached the Gospel to the Jews at Pentecost.

The Gospel is for everyone.  In the Book of Acts we read of other examples of the outpouring of the Holy Spirit in a special way to show that God was breaking a barrier and accepting a new group of people.  This happened with:

After the Spirit had poured out on Cornelius and his household, manifested by the speaking in tongues, to reveal God’s approval of Gentiles to receive Him, it was time for them to be baptised into Jesus and to be incorporated into the people of God (refer to the conclusion of Peter’s earlier sermon in Acts 2:38-39) as Gentiles.

The news had spread quickly around Judea and the Jewish Christians (referred to as “circumcised believers”) were shocked that Peter had been in the house of uncircumcised men and even eaten with them.  This shift in the long-standing order of things would have been extremely difficult for them to accept.  What Peter said to the Jewish Christians when he returned to Jerusalem would have ramifications for the spreading of the gospel and the growth of the church.

How does it feel when you only get to hear the good news if you have the letter “J”? In the days when our bible story took place the Jewish people thought that only Jews should hear the good news about Jesus or those willing to become Jews. That means that they would have to be born into a Jewish family or converted into the Jewish faith. If you weren’t born into a Jewish family then you were a Gentile. The only way you could hear about Jesus was to first study and learn about God and then promise to follow the Jewish religion. Let’s see what God had to say about that.
top

A Gentile is someone who is not born into a Jewish family.  Cornelius was a Gentile. Cornelius was a very important man who lived in the city of Caesarea.  He was a Centurion in the Roman Army who was in charge of many soldiers.

Cornelius believed in God.  Even though He was not a Jew he still liked to do some of the things that good Jews did.  He gave generously to those in need and he prayed regularly.  Cornelius even liked to tell his family about God and they believed in God, too.

One day, when Cornelius was praying, he had a vision.  An angel of the Lord came to him and called his name.  The angel told Cornelius that his prayers had been answered, “Now send men to the city of Joppa, and tell them to go to the house of Simon the Tanner who lives by the sea.  Bring back the man called Peter.”  Cornelius immediately told two of his servants and one of his soldiers to go to Joppa to get Peter.

Meanwhile, Peter was busy teaching people in the city of Joppa about Jesus.  He did not know anything about Cornelius and his dream.

Up until now the only people Peter had taught about Jesus were Jewish people and people who had chosen to become Jews.  He had not told Gentiles about Jesus.

While Cornelius’ men were making their way to Joppa, Peter, like Cornelius, also had a vision.  Peter was staying in a house by the sea with a man called Simon.  Peter went up to the rooftop to pray.   After awhile he got hungry and asked a servant to prepare some food for him.  Of course this was special food because Peter was Jewish and there were many kinds of food that Jews were not allowed to eat.

While Peter was waiting for the food, he fell into a trance and saw a vision.  He saw heaven open and something like a large sheet filled with animals come down.  Then a voice said, “Peter, kill the animals and eat them.”

Peter was shocked!  Jews were God’s special people and he did not allow them to eat any of these animals.  Peter said, “No!  I am a Jew and I have never eaten these kinds of animals because they are not pure.”

The voice told him that everything God makes is pure but Peter still refused to eat.  This happened three times before the sheet was taken back up into heaven.

While Peter was wondering what the dream meant the three men that Cornelius had sent arrived at the gate of the house.  The Spirit came to Peter and told him to go and meet the men.  The Holy Spirit commanded Peter to go with them.

The men told Peter about Cornelius and the vision he had.  When Peter heard this he began to understand what God was trying to tell him in the vision of the animals in the sheet.

God had always had special rules for his special people but the dream was telling Peter that God had made EVERYONE and not just the Jews.  Peter should not just teach Jewish people about Jesus.  He should teach Gentiles like Cornelius, too.  Everyone God made needed to hear the good news!

The men spent the night at Simon’s house and the next day Peter travelled with them to Caesarea.  Six of the Jewish Christians from Joppa went along too.

When they arrived at Cornelius’ house he was very excited to meet Peter.  He asked Peter to tell him and everyone in his house about Jesus.

Cornelius had gathered many relatives and friends together so Peter told them all about Jesus.

Usually Jewish people did not enter the house of a Gentile but this did not stop Peter.  He told them about his dream and that now he understood that God had made everyone the same.

After Peter told the people about Jesus something wonderful happened.  The Holy Spirit came upon everyone who had heard the message.  They began to speak in languages they had never spoken in before and they began to praise God.

These were the same miracles that had happened to the Jews. Peter and the other Jewish followers of Jesus were amazed.  The Holy Spirit’s power was God’s proof that the Gentiles could accept Jesus just like the Jews had. Everyone was special to God!

So Peter explained to Cornelius and all of the people gathered in his house about how to follow Jesus.  After this Cornelius and his household were baptised in the name of Jesus Christ.

Soon the news about the Gentiles began to spread everywhere.  When Peter went back to his home city, Jerusalem, the Jews there had many questions for him.

The Jewish believers thought that Gentiles should become Jews first in order to become a a follower of Jesus.

But Peter explained about the vision he had had from God.  He told them how God wanted everyone to hear about Jesus and obey him.  God loved Jews AND Gentiles the same.  Everyone was special to God.  Gentiles did not have to become Jews first in order to be part of God’s people.  Cornelius was the first Gentile Christian but there would be many more after this.

Once Peter had explained his experience, the Jewish Christians had no more arguments.  They praised God because God loved everyone so much.  God wants everyone to hear about Jesus!
top 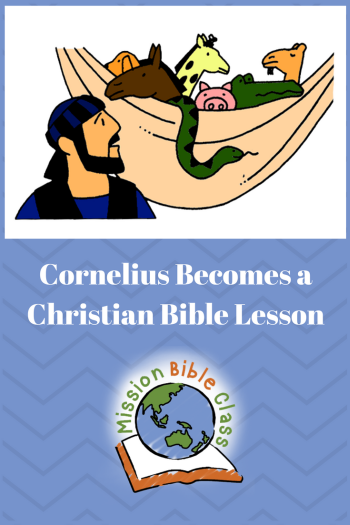