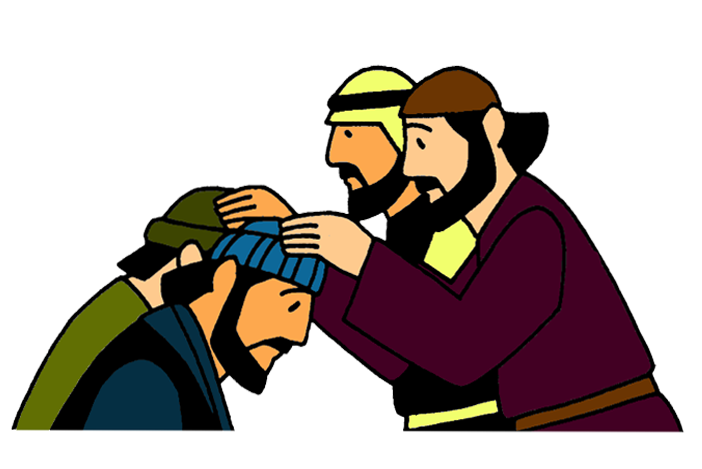 Memory Verse: Therefore encourage one another and build each other up, just as in fact you are doing. 1 Thessalonians 5:11

Barnabas was already known as a great encourager so when the church in Jerusalem heard about all of the new Gentile believers in the city of Antioch they sent Barnabas to help.  He encouraged the Antioch believers and even more people began to follow King Jesus.  Then he travelled to Tarsus and found Paul so that Paul could come and help too. This was a great church and followers of Jesus were first called Christians there.

After the Stoning of Stephen many followers of King Jesus began to leave Jerusalem to escape the persecution that was led by Saul (Acts 8:1-4).  Wherever they went they taught others about Jesus and established churches.  Since the first followers of Jesus were Jewish, they travelled to places where others Jews lived and told them about Jesus.  But some (men from Cyprus and Cyrene) went to places where Gentiles (people who are not born into a Jewish family) lived and established churches in these places.  One such church was in the city of Antioch.  Many Gentiles became followers of Jesus in that city.

The church in Jerusalem wanted to learn more about what was happening so they sent a man named Barnabas to Antioch.  This was no easy trip as Antioch is 758 kilometres (471 miles) north of Jerusalem.  Barnabas had gained a reputation as a generous man who sold his own property to help support the church in Jerusalem.  He was a Levite and his name actually means “son of encouragement” (Acts 4:36).

On arrival into Antioch Barnabas found a thriving church and went on to encourage them in their faith.  To encourage means to do or say something that gives someone courage or confidence.  During his stay many more people were brought to the Lord.  This was the result of four truths found in Acts 11:23-24:

Barnabas also travelled further north-west to Tarsus to find Saul (later known by his Roman name, Paul) and bring him back to work with the Antioch church.  Saul would have fit in with this congregation because, since becoming a follower of Jesus, he had also been teaching about Jesus, maybe even some Gentiles (Saul Becomes a Christian).  Barnabas and Saul worked together in Antioch for a year and many people began to follow King Jesus.  It was here in Antioch that followers of Jesus began to be known by the description “Christians” (Acts 11:26).  This might have been a name first said in jest or derision by outsiders but it is a name that stuck.

One of the Jesus-followers from Jerusalem, Agabus, had the gift of prophecy.  This is the first time this gift is mentioned in the book of Acts.  In the New Testament prophecy usually involves the proclaiming of God’s message but Agabus prophesied by telling about something that would happen in the future.  In this case he prophesied about a famine that would strike the entire Roman world.  The Christians in the Antioch church wanted to help their fellow-Christians who were going to suffer because of the famine.  They commissioned Barnabas and Saul to collect the funds in Antioch and take them to Jerusalem.  The Jerusalem church seems to have acted as a collection point for funds to help Christians in the Judea region.  Acts 11:30 is the first mention of “elders”, or church leaders, in the book of Acts.

On a side note, years later Saul (by then known as Paul) and Agabus will meet again in Caesarea at the home of Philip the Evangelist when Paul was on his way to Jerusalem.  At that time Agabus will prophesy about what will happen to Paul.

The Jerusalem church was the central focus in the first part of Acts but the attention now shifts to Antioch and the missionary work that springs from there.  The Antioch church was a thriving and active church and will eventually become the launching point for each of Paul’s missionary journeys.  Even after Paul was long gone the church continued to be central in early church history.  The ancient city of Antioch is now known as Antakya in southern Turkey near the Syrian border.

Explain and discuss “encouragement”– to do or say something that gives someone courage or confidence. Older children might look this up in the dictionary. Give each child a piece of paper and pencil. Explain that you will give them three minutes to list as many encouraging words or phrases as they can. Encourage them while they are writing! That will give them answers too. At the end of three minutes see how many all the children came up with. Younger children can just call out phrases and you can write them on the board. If you give a prize to the one who has the most phrases be sure to encourage them and also give a prize and encourage the other students! “There is someone in the book of Acts who was so good at encouraging people that his name actually meant ‘son of encouragement’. The church in Jerusalem asked him to go to a new church in the city of Antioch and encourage them there. Let’s listen to the story…”
top

The Good News for Jews in Jerusalem: There were many followers of Jesus in the city of Jerusalem. They were Jews (God’s chosen people that we read about in the Old Testament). Before following Jesus, they had only known about the story of God in the Old Testament and how to follow God and be faithful to him. But now they understood that God had sent His son, Jesus to them. Some people did not like it that the Jews were starting to follow Jesus so they began to hurt them (persecute them) because of their belief.

They shared the Good News with Gentiles: Gentiles are people who are not born to Jewish families. But it did not matter if people were Jews or Gentiles. The Good News of Jesus is for everyone!

Barnabas, the great encourager: The church in Jerusalem began to hear more and more about Gentiles who were beginning to follow Jesus in other places like the city of Antioch. The church wanted to send someone to go and learn about them and encourage them. To encourage someone is to do or say something that gives them courage or confidence.

Since the people in Antioch needed encouragement, who could be better to send than a man called “Barnabas”. Barnabas was a good and generous man who was full of the Holy Spirit. Barnabas was very good at encouraging people. The name “Barnabas” even means “son of encouragement”.

So Barnabas travelled to the city of Antioch. When he arrived Barnabas was happy to find that many people were sharing the Good News of Jesus with Gentiles. Barnabas encouraged all of them to “remain true to the Lord with all of their hearts.” While Barnabas was there a great number of people became followers of Jesus.

Barnabas encouraged Paul: While Barnabas was in Antioch he decided to travel to the city of Tarsus to look for a man named Saul (and soon to be known as Paul). Saul used to be an enemy of Jesus but now he was a follower. He believed the Good News of Jesus too! Barnabas brought Paul back to Antioch and both of them taught great numbers of people.

If a person hears the Good News of Jesus and follows and obeys Jesus, what would you call that person? Antioch was the first place where people who followed Jesus were called “Christians”: There were many exciting events happening in Antioch with so many people learning to follow Jesus Christ.

In Antioch a prophet named “Agabus” prophesied that a famine would soon happen. A famine is a period of time when few crops grow and many people go hungry. That meant people in Jerusalem would go hungry.

The Christians in Antioch wanted to help so they collected money and asked Barnabas and Saul to take it to the church leaders in Jerusalem. 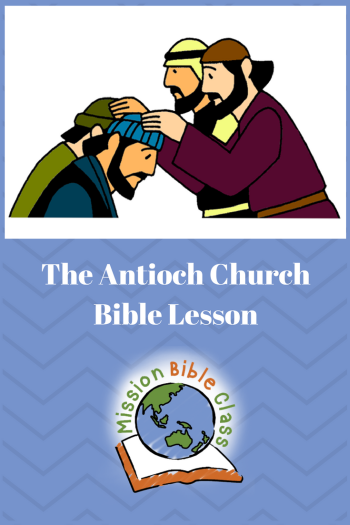