Elisha Raises a Boy from the Dead 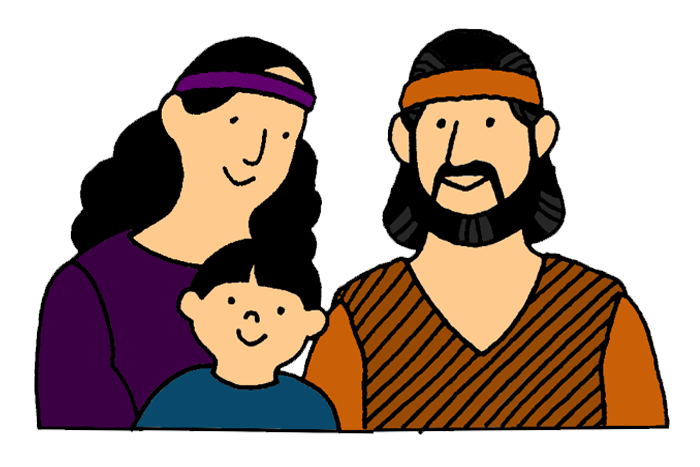 Suggested Emphasis: We should help those who preach the word of God.

A wealthy woman had an extra room built on to her house and furnished it comfortably for Elisha. Elisha and his servant used the room whenever they passed through the area of Shunem. In thanks for the help she gave to the preaching of the word of God, Elisha told the woman that she would give birth to a son even though her husband was very old. She did give birth to a son but after a few years, he died. The woman placed the boy’s body in Elisha’s special room and then went to find Elisha. Elisha came and raised her son from the dead.

As Elisha, the prophet, travelled from town to town there must have been many times when it was difficult to find lodging. Israelite travellers (especially an Israelite going into a town of Israel) could expect to be invited into someone’s home for a meal. If it were evening, the traveller would be asked to spend the night. The Shunammite woman’s request that Elisha have a meal and spend the night did not come as a shock to Elisha. After that, whenever he was in Shunem, he visited and stayed with them.

The woman’s husband must have been as hospitable as she. When she suggested they build an extra room onto their home for Elisha, her husband agreed. This family was wealthy. Even for a wealthy person, it was no small matter to build an extra room onto a house, plus there was the added expense of furnishing it. They did all this for a man who only visited with them from time to time.

Elisha was impressed and touched by the generosity of these godly people. He wanted to do something for them to show his gratitude. When he asked the woman what she needed, she replied that she had everything she needed. It was Elisha’s servant, Gehazi, who realized what the perfect gift would be – a son. Elisha called the woman and prophesied that she would bear a son within the year.

The prophecy came to pass, but some years later the boy suffered from an illness while helping his father in the fields. The boy died a few hours later. The woman immediately asked her husband to let her go to Elisha. He agreed even though he did not understand why she wanted to go.

When the woman saw Elisha, she did not berate him. She stated that she did not ask for a son, but was given one and now he had been taken away from her. She believed that Elisha could do something to help her son and he did.

Elisha instructed his servant to hurry to the child. Gehazi did not even greet anyone, but lay his staff on the boy’s face. The staff did not revive the child.

When Elisha arrived, he went into the room with the dead child, shut the door, prayed, stretched himself on the child to warm him, and prayed. God heard his prayer and restored the life to the child! The woman bowed before Elisha in humble gratitude before she took her cherished son and left the room.

Like Elisha, those that preach the message of God need our support. Preaching the word is often not popular or profitable. Those that are in full time work for the church often spend so much of their time and energy caring for those in and out of the church that they have little time for themselves. Kindness from Christian brothers and sisters towards preachers and teachers of the word is an important way to build up the church.
Background Information on the Divided Kingdom.

Ask the children what they think that a preacher (or missionary or any church worker) does. Discuss ways that they help the church. (You may want to investigate this yourself before class). You might talk about preaching, teaching, counselling, visiting the sick, evangelising, studying God’s word, praying for the church, being hospitable, preaching for funerals and weddings, helping other people learn to study, etc. How could we help preachers? “In today’s story, we are going to learn about a woman who helped Elisha when he needed a place to stay.”
top

Elisha and his helper, Gehazi, travelled around Israel. They went from town to town. Elisha preached to people about God. He wanted everyone to learn to love God and to obey him.

It was very tiring to travel around Israel preaching to people. Elisha would always have to find a place to stay when he went to a new town. When he was tired he was always happy to find a comfortable bed to sleep on.

When Elisha came to the town of Shunam he was very hungry. A woman who was very rich asked him to come and eat at her house. The food was delicious. From that day onward, every time that Elisha and Gehazi passed through Shunam they always stopped to eat at the rich woman’s house.

After a while the woman had a good idea. She said to her husband, “Elisha is a good man. He always helps people and tries to get them to obey God. He comes to our town often. He is always hungry and needs a place to stay. Why don’t we make a small room on the roof for him? We have plenty of room since we don’t have any children. We can put a bed and table in the room. We could also add a chair and a lamp. Then he could stay here every time. He could sleep on the bed and study and eat at the table. If we did this for him then he could have more time to teach people about God.”

The woman’s husband agreed and began preparing the room. The next time that Elisha came to Shunam, the woman invited him to stay in the new room.

Elisha’s servant, Gehazi, had an idea: “The woman’s husband is very old and they have no children. Why don’t you ask God to give them a son?”

Elisha thought this was a great idea! He told the woman that she would have a baby before a year passed. The woman was very happy. Things happened just as Elisha said and she had a baby before the year passed.

Then a terrible thing happened! One day the little boy got a terrible headache. He ran out to the field where his father was working. “My head, my head,” he screamed as he held his head. His father did not know what was wrong so he told a servant to take the boy back to the house to his mother. The mother took care of the little boy but he died.

The parents were very sad. Then the boy’s mother had an idea. She said to her husband, “Let me go to Elisha. He can help us.” Then she rode a donkey all the way to the town where Elisha and Gehazi were staying.

When she asked Elisha for help he told Gehazi to run ahead and try to help the boy. Gehazi left but the woman waited. She wanted Elisha to be the one to help her son.

Gehazi tried to help the boy but he could not. When Elisha arrived he went to the boy’s bedroom. He prayed to God and he tried to make the boy warm.

Then Elisha heard something. What was it? No one was in the room with him except the dead boy. Then he heard it again. It was the sound of sneezing. The boy was coming alive! He sneezed again. In fact, he sneezed seven times and then opened his eyes! 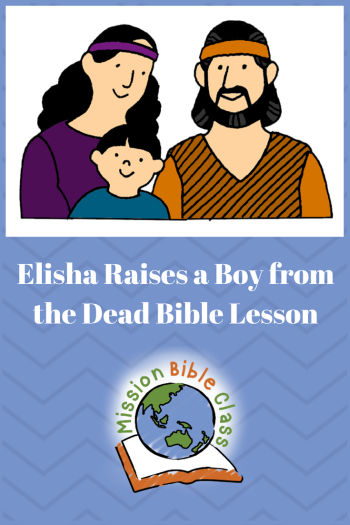