Death of the Firstborn 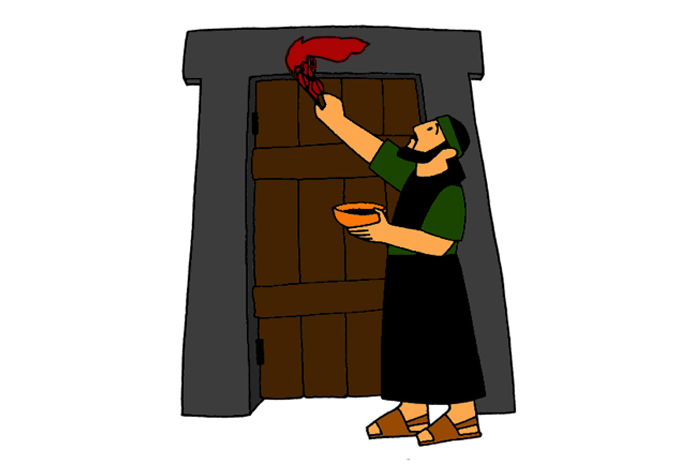 Suggested Emphasis: It is important to obey God’s instructions.

The tenth and final plague brought upon Egypt convinced Pharaoh to allow the Israelites to be released from slavery and leave Egypt.  During the plague the firstborn children and even the firstborn of the livestock died as the angel of death passed through Egypt. Only those who obeyed the instructions of the Lord were safe. As the angel of death “passed over” their homes the Israelites ate the very first Passover Meal. As soon as Pharaoh finally gave his permission, all of the Israelites left Egypt quickly by night. Four hundred and thirty years of bondage were finally over.

Note: This lesson covers the last of the ten plagues of Egypt.  For more about the first nine plagues refer to the lesson: Let My People Go!

God’s people were under bondage and had been living most of their 400 years in Egypt as slaves under the control of the Pharaoh (ruler of Egypt).  God had had enough.  His people have been referred to by others in many ways (Hebrews, Israelites, Jews) but, in these chapters, God describes Israel as his “firstborn son” (Exodus 4:21-23).  Pharaoh, the Egyptians, the surrounding nations, Moses and even God’s people themselves are being taught, through the plagues, how seriously God takes his relationship with his “son”.  Plagues of blood, frogs, gnats, flies, livestock, boils, hail, locusts, darkness are hard lessons to learn.  Now, in the tenth (and last) plague God reaches into the very heart of Egypt to mete justice.  Egypt’s sons will feel pain because of the pain the Pharaohs have caused his own “son”.

This was not a haphazard plan.  Even before Moses returned to Egypt God told him what was to happen.

“The Lord said to Moses, ‘When you get back to Egypt, do all the miracles.  I have given you the power to do them.  Show them to the king of Egypt. But I will make the king very stubborn.  He will not let the people go.  Then say to the king: ‘This is what the Lord says: Israel is my firstborn son.  And I told you to let my son go.  Let him go so he may worship me. But you refused to let Israel go.  So I will kill your firstborn son.’”  Exodus 4:21-23  International Children’s Bible (ICB)

The events of this last plague and the instituting of the Passover are carefully interwoven so that two amazing aspects of God are displayed at the exact same time.  They represent both God’s righteous judgement on those who would hurt his “son” Israel and also his redemptive protection of his “son”, Israel.

This important and awe-inspiring display of God’s almighty wrath on those who destroy his own and then His undeniable care and protection of those who belong to him is a foreshadowing of what is to come hundreds of years later through Christ.  At the same time God triumphed over Satan through the cross he also redeemed his people through the blood of Christ.

Knowing this helps us understand why the details of the Passover commemoration are so carefully laid out.  Even in the years to come God wants his people to continue to remember, through the Passover Meal, how God saved them.  When Christ comes to save his people years later God wants the Jews to connect the events.

Jews still gather for the Passover Meal today and Christians can find it meaningful to celebrate the Passover to make the application of each part to its fulfillment in Christ.  The Meal is the most memorable part of celebration and the “Sedar Plate” contains elements that help participants remember the history of the Passover.   With a little planning you could serve this to the children you are teaching.

“And when your children ask you, ‘What does this ceremony mean to you?’ then tell them, ‘It is the Passover sacrifice to the Lord, who passed over the houses of the Israelites in Egypt and spared our homes when he struck down the Egyptians.’” Then the people bowed down and worshiped. The Israelites did just what the Lord commanded Moses and Aaron”. Exodus 12:26-28

Leaving Egypt: Up to now, the Israelites had been despised by Pharaoh and the people.  After many visits to the palace by Moses and the devastating effects of the first nine plagues Pharaoh had still continued to refuse to let the Israelite people (his slaves) leave Egypt.  Now, after this final plague, Pharaoh invited Moses to return to the palace.  Instead of denying the request he now orders Moses and the Israelites to go and take everything with them.   Even the Egyptian people begged them to leave quickly.  God had planned for this.  The people were dressed and ready to go.  There was no time to let the bread rise (Exodus 12:11).

Four hundred and thirty years before the Passover took place (when Joseph Saved His Family) Jacob and the rest of his family had moved to Goshen, Egypt.  They numbered 70 people at that time. (Genesis 46:26-27)  Now, 430 years later, when Jacob’s descendants left Egypt in the middle of the night with Moses, the men alone numbered over 600,000.

Let the children taste and compare normal bread and unleavened bread (matzo bread from specialty shops or simply the bread we use for communion). Notice the air holes in the leavened bread that makes it light and fluffy. This happens when leaven (like yeast) is added to the recipe and the dough is allowed to rise. Read a recipe for yeast bread and discuss how long it takes to make the bread. Compare that to a simple and quick recipe for unleavened bread. “If you were in a hurry, which kind of bread would you make? Of course, we would want to make the unleavened bread because we wouldn’t have to wait for it to rise. When the Lord brought the last plague on Egypt He told the Israelites to eat a special meal and be ready to leave Egypt quickly. They did not have time to make leavened bread.”
top

God’s people, the Israelites, had been in Egypt for 430 years. They were treated badly and had to work very hard for no money. They were slaves to the king of Egypt (the Pharaoh).
God did not want his people to be slaves and stay in Egypt. He wanted them to be able to come and go as they liked so that they could be free to worship him and have their own land. God sent Moses and his brother Aaron to Pharaoh with a message. The message from God was “Let My People Go!”

Over and over Moses and Aaron took the same message to Pharaoh. But the answer was always the same. Pharaoh always said, “NO! I will not let the people go.”

God even caused plagues to happen to Egypt. Nine plagues had happened so far. The Nile was turned to blood. Frogs, gnats and locusts invaded Egypt. Animals died and people got sick. There was a huge hailstorm and even three days of complete darkness. Still Pharaoh refused to let the people go.

Finally, the time had come for one last plague. God told Moses that this plague, the 10th plague, would cause Pharaoh to let the people go. In fact, this time Pharaoh and the other Egyptian people would BEG for them to leave Egypt. The people would even give them their money and jewelry so they would leave faster.

This terrible last plague would be that death would pass THROUGH all of Egypt. It would mean the death of every firstborn person and animal in Egypt. If a person was the oldest in their family then they would die. This would be the saddest plague of all.

The first instruction was that the people must prepare a Passover meal. This was a special meal so there were special instructions.  For instance, they could not just eat any meat for the meal. They were to prepare a perfect year-old male sheep or goat. Everyone was to kill the sheep or goat on the same day and at the same time.

Then, they were to take the blood from the animal and use a hyssop branch to spread it on top and on the sides of their door posts. This blood had a very special purpose because it showed that the people inside were God’s people. On the night that the Egyptian firstborn people and animals died death would know to PASS OVER the people in that house.

There were other special instructions about the meal.

The Israelites obeyed God. They stayed inside and ate the meal just as God told them to. They knew that they would be safe because of the blood on their doorposts.  But the Egyptians were not safe. It was a terrible night for them!

This is what the Bible says about that night:
“At midnight the Lord killed all the firstborn sons in the land of Egypt. The firstborn of the king, who sat on the throne, died. Even the firstborn of the prisoner in jail died. Also all the firstborn farm animals died. The king, his officers and all the Egyptians got up during the night. Someone had died in every house. So there was loud crying everywhere in Egypt.” Exodus 12:29-30 (ICB) International Children’s Bible

The people in Egypt knew that God was angry about the way they had treated his people. They were sad and upset and they wanted the Israelites to leave. They wanted them to leave quickly.

In the middle of the night Pharaoh called Moses and Aaron to the palace. Now, after the 10th plague, he had finally changed his mind. He told Moses and Aaron that the people could leave and that they could take all of their animals with them. Pharaoh wanted the Israelites to leave immediately.

So now was the time to get moving. There were thousands and thousands of Israelites and they all packed up and left Egypt that very night. They had been working for nothing for many many years so Moses passed on God’s message that they should ask the Egyptians for silver and gold and clothing. God softened the hearts of the Egyptians so that they gave the Israelites everything they asked for.

Finally, after 430 years in Egypt God’s people left the country. They left quickly before Pharaoh and the people could change their minds again.

Download the slideshow or download the pictures to print. Each teacher is unique so only use the illustrations that best relate to the way YOU are telling the story in THIS lesson. Too many illustrations can be confusing so eliminate any that cover other stories or details you do not wish to emphasise in this lesson. 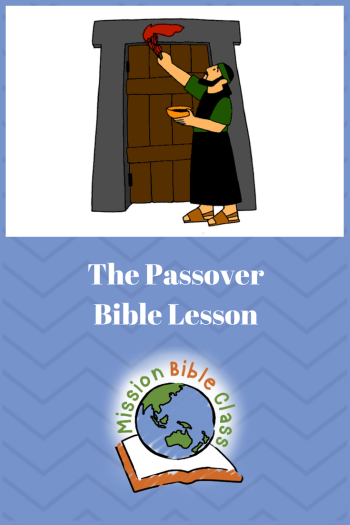