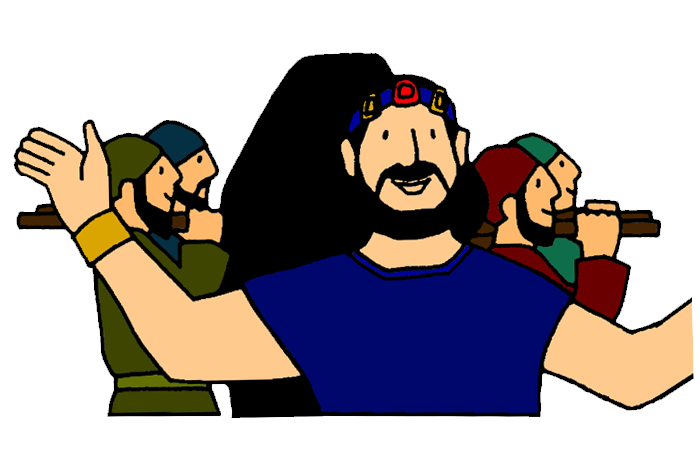 Suggested Emphasis: Obeying the Lord is more important than being popular.

After Saul and Jonathan died in battle, David became the king of Israel. The people loved David. He made Jerusalem the capital and the main place of worship for Israel. He made two attempts to bring the Ark of the Covenant to Jerusalem. On the first attempt he did not follow all of God’s instructions but the people were still celebrating and David was very popular. When a man named Uzzah touched the ark, he immediately died. On the second attempt, David decided to follow all of God’s instructions and the ark was safely moved to Jerusalem. David learned that being popular does not mean that one can forget the Lord.

The Lord had rejected Saul as king many years before (1 Samuel 13:14; 15:23). Finally Saul’s life came to an end. The Israelites and the Philistines were fighting on the plain of Jezreel. The Mount of Gilboa stands on the south side of this plain. As the Israelites were being overcome, they fled up the slopes of Gilboa seeking refuge. But there was not refuge for Saul. On the slopes of Mount Gilboa King Saul and three of his sons, including Jonathan, were killed.

Although David was deeply grieved by the death of Saul and Jonathan, their deaths made it possible for David and his followers to return to Israel. They returned to Judah, the southern part of the country, and settled in the town of Hebron, which is fifteen to twenty miles south of Jerusalem. It was at Hebron that the leaders of Judah anointed David and proclaimed him their king.

At first David’s reign was limited to Judah, the southern part of Israel. Ish-Bosheth, one of Saul’s remaining sons, was proclaimed king over Israel, the northern part of the country. A civil war raged for seven years between Israel and Judah.

Finally two of Ish-Bosheth’s military leaders betrayed and assassinated him. Then they hurried to Hebron to tell David what they had done. They explained that they had killed Ish-Bosheth in order to avenge David for all the wrong Saul had done to him. When David heard about Ish-Bosheth’s murder, he was furious! He turned on the murderers and exclaimed that they had betrayed and murdered an innocent man, and that he, David, would never tolerate or condone such despicable behaviour. David immediately had the two men executed.

David trusted God to fulfil His promise at the right time and did not tolerate the interference of others who tried to bring about the fulfilment of the promise through human means. David’s integrity in dealing with Saul’s family and his restraint in pressing his claim for the throne of Israel won him the respect and acceptance of the people. It was after David’s righteous response to the assassination of Ish-Bosheth that the leaders of Israel also anointed David and accepted him as their king.

One of David’s dreams as king was to move the ark of the covenant to his capital, Jerusalem. As David basked in the glory of his popularity he seems to ignore the special instructions required to move the ark. He has them carry the ark on a new cart. It should have had poles running through the rings. Levite priests were to prop the poles on their shoulders so that no one would actually touch the ark (Exodus 25:12-15; Numbers 4:5-6, 15). If the ark had been carried according to the Lord’s instructions then Uzzah would never have had to touch it. Even if his intentions were good, the whole incident was not done according to God’s instructions. As the ark was brought to its new home, it seems the Lord wanted to make it clear to everyone that He expected His laws to be obeyed. 1 Chronicles 15:11-15 is the parallel passage to this one. It explains David’s conversation with the priests after they transported the ark the first time.

“What are some of God’s rules? Do you think it is important to obey God’s rules? What if all of your friends say that you don’t have to obey the Lord? In today’s story we are going to learn about a time when all of the people thought it was okay to break God’s rules. They learned a very hard lesson.”
top

When David heard the news, he was very sad. He had loved his friend Jonathan. He had tried to get along with Saul. David knew that the time had come when he would be the new king. He wanted to be a very good one. He knew that some people would want only Saul’s family to be king. But David knew that Samuel had anointed him all of those years ago. He knew that the Lord wanted him to be king. He just wished everyone would like him.

The people of Israel made David the king. Soon everyone began to like David a whole lot. He became very popular. David was happy about this.

David remembered something very important. He remembered the ark of the covenant. The ark of the covenant was very important because it represented the presence of the Lord. David wanted all of the people to know that the presence of the Lord was with him. Since the ark was in the tabernacle tent in another town, David decided to bring the ark to the town where he lived. David wanted to bring the ark to Jerusalem.

All of the people were very excited. They thought David was wonderful. David seemed to notice the people more than he did the Lord. David forgot to follow the Lord’s special instructions about moving the ark. One instruction was that no one was to touch the ark. The ark had rings on its sides. The rings were holders for long poles. The priests were supposed to carefully pick up the ark using the poles. They were never to touch the ark – only the poles.

The people were all so excited so David told the priests to bring the ark to Jerusalem. The priests placed the ark on a new cart. Remember? That is not the way the Lord said to do it. He said the priests were supposed to carry the ark with the poles.

The people were so excited that they did not even stop to think about obeying the Lord. David and the priests seemed to be trying to make the crowds happy instead of making the Lord happy.

The people could not believe what they saw. They had been so excited about moving the ark that they forgot to think about obeying the Lord. They knew that Uzzah had disobeyed the Lord. Now they knew how important it was to follow the Lord’s instructions.

For three months the ark stayed in the same town where Uzzah died. Finally David decided that it was time to bring the ark to Jerusalem the right way. This time he did not think about making the people happy and about being popular. This time he wanted to make the Lord happy. He told the priests to carry the ark exactly how the Lord had commanded.

This time everything went well. The people were so happy to see the ark arrive in Jerusalem. Even David danced and celebrated. Everyone was happy because they had followed the Lord’s rules.
top 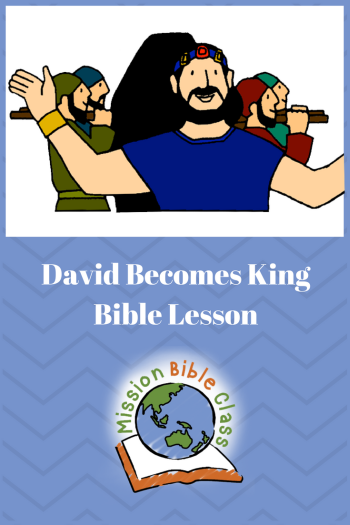