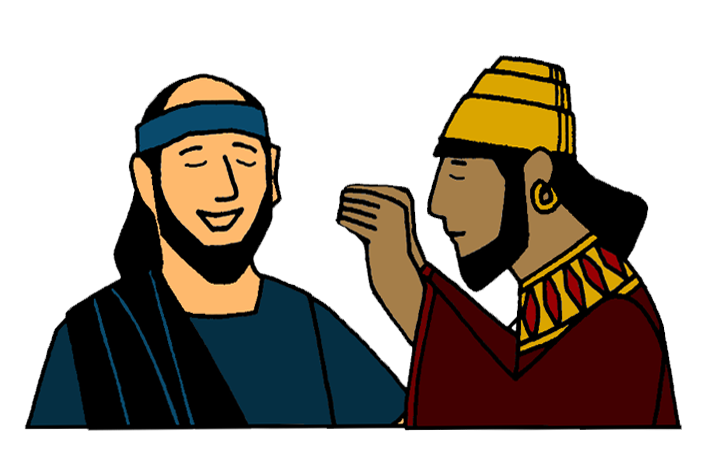 Suggested Emphasis: If people make fun of us then pray for God’s help.

Memory Verse: “Is anyone among you in trouble? Let them pray.” James 5:13a

Hezekiah (the 13th king of Judah) had just begun to rule. He was a good king and had restored true worship among his people. In contrast, the country of Israel had turned away from God. God allowed the Assyrians to destroy their country and take the Israelites as captives. The Assyrian king, Sennacherib, now attacked Judah. He made fun of God and King Hezekiah. Hezekiah prayed for God’s protection. Isaiah the prophet told Hezekiah that the Lord would answer his prayer and, just as Isaiah prophesied, Sennacherib was defeated. The angel of death wiped out his army and he ended up being murdered by his own sons.

The kings of Israel continued to come and go. Elisha died during the reign of Jehoash (13:20). King Jehoash attacked Jerusalem and plundered the temple (14:11-14). King Zechariah (not the prophet) was assassinated and replaced by Shallum who was, in turn, assassinated by Menahem. His chief officer, Pekah, assassinated Pekahiah. Pekah besieged Jerusalem. Finally, during the reign of Hoshea, Israel was taken captive by the King of Assyria. 2 Kings 17:7-23 explains how Israel’s sin led to her destruction.

The kingdom of Judah had its own problems but at least it did have some kings who followed the Lord. Hezekiah had a difficult job when he became king. His father, Ahaz, had been weak and wicked, leading the people to worship idols instead of the true God (2 Kings 16:2-4).

Ahaz and the army of Judah had been too weak and cowardly to defend their country alone, and God would not help wicked people defeat their enemies. Nearby nations had begun to steal parts of Judah. (2 Chron. 28:17-19). Instead of doing right and trusting God, King Ahaz sent a lot of money to the king of Assyria and asked him for help. Ahaz had to pay money to the Assyrian king year after year (2 Kings 16:7-9). When Ahaz died, his son Hezekiah became king of a weak and wicked country that had to send money to Assyria.

Hezekiah, one of the godliest kings of Judah (2 Kings 18:5-7), reigned from about 715 BC to 686 BC. Advisers wanted him to join up with Egypt or Assyria, the two big powers of that era. But the prophet Isaiah encouraged him to stay completely away from foreign alliances. 2 Chronicles 29-32:23 and Isaiah 36-37 are parallel passages that you may wish to read concerning Hezekiah. Hezekiah cleared idol worship out of Judah.

Sennacherib had a huge army. He had already taken a few cities in Judah but he was after Jerusalem. Hezekiah tried to protect the city the best he could but the situation was desperate.

Sennacherib used psychological warfare on the people of Judah. He taunted the soldiers and told them that Hezekiah could not help them. He made fun of God and reminded them about all of the other gods that had failed to protect the nations Assyria had conquered.

Hezekiah went to the Lord in prayer. He trusted in the Lord to save Judah. Isaiah was God’s prophet in Jerusalem at that time. The Lord revealed his answer through Isaiah the prophet. That is why this event is also recorded in the book of Isaiah.

God sent His death angel against the Assyrians, and 185,000 of them died (2 Kings 19:35-36). Sennacherib retreated to Ninevah but he ended up being murdered by his own sons (vs. 37).  Background Information on the Divided Kingdom.

Ask the children when they have been the most frightened. Perhaps you can share some of your own experiences. Discuss what each of you did in the situation. Then introduce the idea of prayer. “We can pray to God when we are frightened and He will help us. That is what happened in today’s story. King Hezekiah was very frightened and so he prayed to God.”
top

When Hezekiah became the King over Judah, he had lots of work to do. Hezekiah did not want to be a bad king like his father had been. When Hezekiah’s father was king he had let the people build idols and worship false gods. The people had even started worshipping the bronze snake on a pole that Moses had built years before when the people of God were in the wilderness.

Hezekiah loved God and wanted to obey him. He wanted everyone in the country of Judah to follow God so he tore down all of the idols. He broke the bronze snake into pieces so the people could not worship it.

It was a good plan but it did not work. The Assyrian army came again to attack Jerusalem again. The Assyrians stopped outside the city and talked to the people who were waiting at the city wall.

“Your King Hezekiah is stupid if he thinks Judah can stand up against the mighty nation of Assyria! Don’t listen to your king. Come over and join our side. The people were frightened but they did not go over to the enemy side. They knew that King Hezekiah was trying his best to take care of them.

King Hezekiah prayed to the Lord and asked for his help. He sent men to the prophet Isaiah to ask for help. Isaiah was a good man who always tried to help the people. He always preached messages from the Lord. One important message that Isaiah preached was that someday a Messiah would come to save all of the people of God. No one knew it then but Isaiah was talking about in the future when Jesus would come and save the world from sin.

This time, Isaiah had a message for King Hezekiah. Isaiah sent back the messengers with this message: “Don’t worry, Hezekiah, the Assyrians will go home.”

Hezekiah felt better. Even though things looked bad, he knew that Isaiah was a prophet of the Lord. If Isaiah said that the Assyrians would go home – then they would.

But the Assyrians weren’t going home yet! Hezekiah received a letter from the messengers of King Sennacherib. The message said that Assyria was not going to stop attacking Jerusalem.

Hezekiah went to the temple to pray again. If Isaiah said that the Assyrians were supposed to leave, why were they still there? Hezekiah prayed and prayed.

Finally, Hezekiah received another message from the prophet Isaiah. “Don’t worry, Hezekiah, the Lord will protect you. King Sennacherib will not enter this city. The Lord will defend Jerusalem. Like he said before, the Assyrians will go home!”

This time Hezekiah knew for sure that the Lord had heard his prayer. God knew that Judah was in trouble and he was going to help his people.

During the night an incredible thing happened! The angel of death killed 185,000 Assyrian soldiers. King Sennacherib could not believe it! He quickly retreated and took his army with him back to the Assyrian city of Nineveh. Not long after that, Sennacherib was killed by two of his own sons.

It was just as the prophet Isaiah said. God protected his people. The Assyrian army left Jerusalem.
top

Costumed Bible Characters A little play-acting is often a fun way to tell the story or review what has been learned.  Here are some ways you might use the idea: 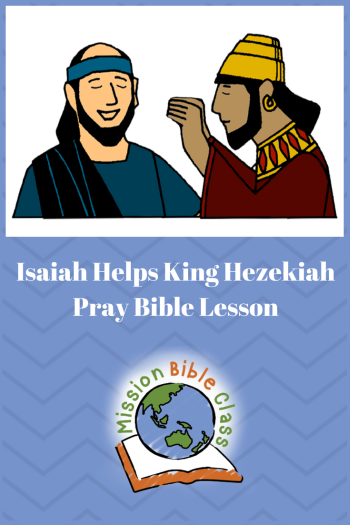